How Smart Buildings can Save Energy with Integrated Plug Load Monitoring 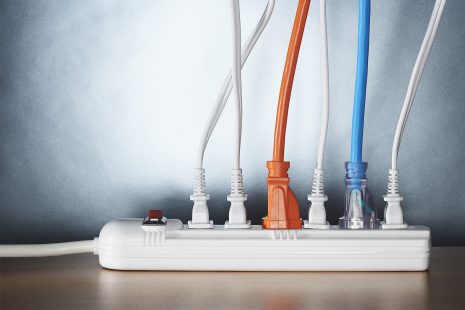 WHAT ARE PLUG LOADS?

“Plug load” is the energy used by devices plugged into an outlet. This includes office electronics like computers, copiers, printers, fax machines, etc., security systems, kitchen appliances, data centers, and even elevators. Loads that are used for Heating, Ventilating, Air-Conditioning (HVAC), and Lighting are not considered plug loads because they provide basic functionality in buildings. Plug loads are also called “unregulated loads” as these are often neither metered nor managed in energy monitoring and reduction strategies.

In commercial buildings, plug loads may account for 25-50% of the total energy consumption depending on the efficiency of the building. About 30% of this is attributed to “parasitic” or “vampire” load which is the power drawn even when the appliance is shut off or on standby mode. Appliances may still draw some amount of power even when switched off if they are plugged into a socket. Most modern-day devices are left on “standby” mode in offices to ease the process of resuming work which results in unnecessary wastage of power. This impacts the environment adversely.

In the US, plug loads in commercial buildings account for nearly 5% of the country’s primary energy consumption. It is estimated that, with better management, US plug loads can save approximately 1.6 quads annually, which is equivalent to the energy use of 16 million US households. Although there is a great potential to save energy on plug loads – up to 40% per device – they are generally overlooked and not monitored or controlled.

The ability to minimize plug loads is a key challenge in the design and operation of energy-efficient buildings. Monitoring plug loads is not an easy task as energy consumption data is usually only available on a much larger scale, e.g., by building or by department, rather than by room or by device. Energy management may be handled by several departments, for example IT, facilities, and production. There are plug load management/monitoring devices available that control plug loads by constantly tracking the energy usage and automatically turning appliances off when not in use. However, energy efficiency can be enhanced by integrating plug load monitoring technology into a smart building system.

AN INTEGRATED SOLUTION FOR ENERGY EFFICIENCY

The Molex CoreSync smart building platform provides an energy-efficient and sustainable solution by integrating plug load management into a central smart building system, thereby eliminating the need for a second monitoring system. CoreSync offers a range of smart building sensors and Power of Ethernet (PoE) devices that simplify the tracking of plug load energy usage in commercial buildings. The PoE solution uses the same cable to run both data and power, minimizing the additional wiring installation and cabling costs. Where self-powered devices like plug load monitors are implemented, EnOcean-based wireless relays enable easy connectivity without the need for a hardwired connection.

This unique approach can not only help commercial real estate owners in significantly reducing costs and achieving energy saving targets, but also enables ease of design, installation, and maintenance by providing a seamless user experience.

By continuing to use the site, you agree to the use of cookies. more information